In Part 5 of this series of articles on the early development of business
in Hermanus, DR ROBIN LEE of the Hermanus History Society turns his
attention to the large number of references to formal and informal gathering places for residents and visitors that his research has brought to light.

These early tearooms, cafés and restaurants had two functions in the Hermanus of the late 19th century and the first 80 years of the 20th century. The first was the primarily commercial purpose of providing places where residents could have a meal, buy food, and groceries at certain times when the larger grocery shops were not open.

The second function was to provide meeting places where residents could socialise, catch up on the news and, sometimes, hold formal meetings. For instance, a crucial series of meetings leading up to the re-establishment of the Hermanus Botanical Society in 1960 were all held in the Princess Café.

Since the 1980s, the number of restaurants has increased dramatically, while tearooms have disappeared, replaced by coffee shops. As far as I know, there are no cafés in existence today that play precisely the role of the old cafés.

In her overview of the development of the town as the 1920s began, Joey van Rhyn Luyt wrote:

There were three cafés in the Main Street: the Princess Café, Haman’s Café, and the Balcony Tea Room (where eggs and bacon and grills could be had late at night after the dances.) Above the harbour Miss Rubery ran a popular tea room, the Cypress Tree; beyond the Bay View, the Kraal Rock Tea Garden served teas and homemade scones in rustic summerhouses surrounded by rockeries and lawns.

One of the people I interviewed (who belongs to one of the foremost Hermanus families of that period) indicated that competition and co-operation went hand-in-hand in the stillsmall village.

The owners of the four well-known cafés (Joe Smith, Naartjies de Villiers, Ivan Johnson, and Magiel du Plooy) used to go to the Epping Market late at night to buy fruit and vegetables to sell in their businesses… All the different shop owners had solid relationships with each other. “Live and let live” was the motto.

Restaurants were venues which provided full meals to seated customers. There were only a few businesses of this kind for most of the 20th century, for two reasons.

First, all hotels provided their guests with a ‘full board and lodging’ service, which naturally included three meals a day. Tourists had little motivation to pay for a meal in a restaurant when they had already paid for it at their hotel. David Rawdon at the Marine Hotel in the 1980s was the first to break with the hotel holiday format. His hotel tariff applied to rooms only – guests were at liberty to take meals in the hotel or elsewhere.

Not many guests chose to eat breakfast outside the hotel, considering that the Marine’s breakfast menu consisted of fresh fruit, fruit juice, bread, eggs, gammon, sausage, fried tomato, fried potato, toast, tea, and coffee. All for the bargain price of R5!

One of the earliest successful restaurants in Hermanus was Willem’s Steakhouse, which operated from the premises of ‘Ham se Winkel’ in Voëlklip. Magiel and Sarie du Plooy had bought the store at an auction in 1971 and, at first, their daughter Maureen and her husband Willem Botha managed it as a grocery store.

Willem was a keen chef, and he turned the shop into a steakhouse. It became extremely popular as ‘the first steakhouse in Hermanus’.

In 1982, Willem sold the business to Heine Rosenstrauch who made a great success of it. Over the next few years, the restaurant was open three nights a week for eleven months of the year and six nights a week in the summer season. And still queues stretched around the block!

In 1986 Rosenstraucht sold the business just as the rapid growth of restaurants in Hermanus was starting and competition became fierce. The steakhouse ceased activity soon after that.

Tearooms have virtually disappeared now but were popular venues in the 20th century. The customers were seated, usually at small tables, and served by staff or the owner, with a version of the English’ high tea’, comprising sandwiches, cakes, scones and other confectionaries to be eaten on the premises. Tea was the only beverage o ered – no co ee or alcohol. Tearooms were decidedly middle-class, with an emphasis on table manners and quiet conversation.

One of the most popular meeting places was the Cypress Tree Garden, located in the traditional fisherman’s cottage where Burgundy Restaurant now is. In 1902 John Louis (nicknamed Swede) Wessels planted a cypress tree in the small garden around his home and business.

By the time the property was bought by Miss Edith Rubery in 1928, the tree had flourished. She converted the property to a tea garden, naming it after the cypress, and it continued under that name until after WWII. Janet Divecky, daughter of Gertrude and Alexander Grant, remembers Miss Rubery well. In an email to me from Canada where she now lives, she writes:

My godmother was Miss Edith Rubery of the Cypress Tree Tearoom. As a Voluntary Aid Detachment nurse in WWI, serving in Egypt, she had met TE Lawrence. During WWII she worked tirelessly for St Dunstan’s. One of her most famous quotes was when Hermanus was moving to install septic tanks: “Well, what with the war and everything, darling, I don’t feel quite ready to plunge into a septic tank.”

At one point, the building was nearly lost. SJ du Toit describes events that started in 1968:

In 1968, the building was almost lost to the greed of developers. When villagers heard that plans were afoot to demolish the old building… concerned citizens made every attempt to save the building. By the generosity of Jack and Pamela Swart, who provisionally bought it, a breathspace was created, delaying demolition.

In 1979 the building was acquired by Tim Hamilton Russell who used it as a tasting venue for his wines. He gave it the name of The Burgundy.

Cafés were smaller establishments, catering to a less a fluent clientele than either the hotels, restaurants or tearooms. They stocked small quantities of the same groceries, fruit and vegetables as the general dealers, but were open for longer hours.

They also sold bottled soft drinks, ice cream cones, sweets and the like in small quantities, especially to children and teenagers.

One example is the Princess Café in Main Road which, according to SJ du Toit, was situated in the oldest shop building in central Hermanus. It was built by Fanie Pheiffer in the 1800s and run by his brother-in-law, Christian Warrington, as Warrington General Dealer for many years.

When the Warrington family sold the business and building to the Stergianos family, they built family accommodation upstairs and changed the shopfront. The General Dealer’s was relaunched as the Princess Café in 1940, with the Greek flag flying outside the shop.

SJ du Toit describes it as “a café where tea and other refreshments were served and where business people loved to meet and clinch business deals”. Annie Healey (born Henn) also remembers the Stergianos family and their Princess Café “where we gathered on Sunday nights for a cold drink”.

Another resident told me that the owner, ‘Oom Stratis’ was quite a character who had apparently arrived in Hermanus as a young man with only a bicycle.

Tannie Jean, Oom Stratis, the boys, and daughter Marina lived above the Princess in a family  at. In those days business people, the police and traffic police used to come to have a drink with Oom Stratis in his office just as the shop was closing for the night and they used to ‘kuier’ till late, especially on a Friday night.

I remember that they had a games room in the front of the café and teenagers used to play games there. The great thing about the Princess Café was that they made the most impressive ‘draai roomys’ or soft-serve ice cream cones. It was a pastime for the families to go on a Saturday evening, buy ice cream cones, walk down Main Road, and do window shopping. Or just to sit in the car, eat your ice-cream and see the people coming and going. Yes, Hermanus was a tiny town in those days. 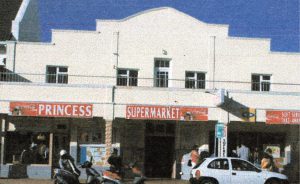 Image 1: The Princess Café in Main Road, which operated from 1940 to 1970, is fondly remembered by many residents.
Image 2: ‘Willem’s Steakhouse’ in Voëlklip was one of the earliest successful restaurants in Hermanus in the late 1970s.