The lighter side of Hermanus hotel holidays

The lighter side of Hermanus hotel holidays

Generally, the owners and managers of Hermanus hotels kept quiet, orderly establishments. Their guests were mainly middle- to upper-middle-class individuals and families, not given to riotous nights. But sometimes events beyond their control occurred and resulted in a story that would go round the village. Then, it might be passed down verbally or recalled later and included in a memoir. This week, DR ROBIN LEE of the Hermanus History Society takes a look at a selection of these stories that give an insight into the tourist society of the time.

The Viscount and the Lady: 1922
Vera, Lady Cathcart, was born Vera Fraser in Springbok in the north of the Cape Colony. Over the period 1914 to 1922, she had married her way up the British aristocracy. After her first husband, a British Army officer was killed in WWI, she married the Earl of Cathcart in 1916. A few years later she embarked on a passionate love affair with the young, married Viscount Uff-ington, who was to inherit the title of the Earl of Craven. Joey Luyt, whose husband P John Luyt was the owner of The Marine Hotel from 1915 – 1940, told the following story:

In 1921, Vera met Viscount Uffington, eldest son of the Earl of Craven. Uffington had fought in the War, where he had lost a leg, and he was enjoying the gay social whirl of post-war London. There he met Vera, they fell in love, and eloped to Paris and then to Hermanus. When the two of them arrived in South Africa, they were both undischarged bankrupts. The Earl of Craven sent his son a regular remittance but refused to pay his debts unless he left Vera and returned home to his wife.

Uffy, as everyone called him, was a gay and friendly young man, very popular in the village. He lived on credit until his remittance came at the end of the quarter, and then would go round and pay all his bills. After that, he would be virtually penniless again and would run up further credit accounts.

After about a year his father died, and Uffy became the Earl of Craven. His financial position was no better, however, for his father had disinherited him. His mother, the Dowager Countess of Craven, was wealthy, for her mother had been an American heiress, and she continued his remittances. Uffy and Vera gave lively parties, to which they invited almost the whole village. Uffy was inclined to drink too much. Vera did her best to prevent this and to tone down his high spirits somewhat.

Uffy wanted to build a swimming pool in the dip of the cliff s below ‘Roman Rock’, the house they were renting. Unwisely, he decided to do the blasting himself. This was not very successful, but he did manage to shatter all the windows of the house! The noise of the explosion gave everyone a terrifying shock, and further blasting operations were forbidden.

The prince and the pretty girl: 1924
In 1924, Prince Arthur of Connaught, a grandson of Queen Victoria and at the time the Governor-General of South Africa, was in Hermanus on an official visit to open the newly-revived golf club. A formal dance was held at The Marine Hotel that evening. Joey Luyt takes up the story: Prince Arthur had noticed Rosalie, a very pretty nineteen-year-old girl, who was staying at the Marine with her mother. “Who is that pretty girl in the green frock?” the Prince asked me. “Send your husband to fetch her. I want her presented to me.” While John went off to fetch Rose, the Prince suggested that we walk out onto the stoep. John and Rose followed us outside, and Rose made her curtsy to His Royal Highness. Prince Arthur said to her: “Come over to the cottage with me, and we’ll have a drink.”

John and I did not think this a good idea, but we did not dare to say so (for the Prince was not only royal but our Governor-General), so Rosalie had no choice but to walk over to Schoongezicht [the Luyts’ home, often put at the disposal of important visitors].

The following morning I got hold of Rose and asked her what had happened. She told me that on arrival at the house, the Prince had rung for a steward and had ordered whiskey. He asked her whether she would have some, but Rose naturally did not drink, so said she would prefer some orange squash.

They sat and talked in the sitting room for a while until the Prince became amorous and tried to make a pass at her. “Oh,” she exclaimed, in annoyance, “You’re just like your uncle Teddy!” [a reference to King Edward VII, who was notorious for his affairs] and then was appalled at his impertinence. The Prince, however, only laughed.

His advances frightened her though, and she asked for permission to retire, saying that she was tired, and was relieved when he let her go.

Miss X and the Sergeant:
1928 One afternoon I [Joey Luyt] got an urgent phone call from Henry asking me to come out to the Riviera right away. One of the guests, a Miss X, had taken off all her clothes and was running up and down the Riviera Beach [now Grotto Beach] stark naked. She had been staying there for a week, also with a nurse, supposedly convalescing after an illness. In actual fact she had been to a mental home.

I told Henry to fetch Sergeant Roux and his wife, and to ask the Sergeant to wear plain clothes, while I telephoned her family to say we were sending Miss X home. When the Sergeant, a most understanding man, arrived, I sent the nurse to Miss X (still capering around on the beach) with a wrap, to tell her that a very nice man had called to take her for a drive. Miss X was delighted with this, so we were able to persuade her to get dressed, while the nurse packed their things. She went off quite happily in the car, sitting next to the Sergeant, with Mrs Roux and the nurse.

Miss X was a lovely girl. When young she was subject to periodic fits; on becoming engaged, her parents felt that the young man should be told of this. His parents made him break off the engagement. Miss X had had a complete mental breakdown, and had been in a home off and on for years.

Say ‘Hello’ to the Queen:
1930 Once we took a small group of visitors and their children to picnic at The Waterfall, in a shallow kloof of the mountains opposite the lagoon. Ferns grew there and, in the spring, the Caledon bluebell, painted ladies and pypies. The ground we were picnicking on formed part of a small farm owned by an eccentric old man, who kept bees Generally, the owners and managers of Hermanus hotels kept quiet, orderly establishments. Their guests were mainly middle- to upper-middle-class individuals and families, not given to riotous nights. But sometimes events beyond their control occurred and resulted in a story that would go round the village. Then, it might be passed down verbally or recalled later and included in a memoir. This week, DR ROBIN LEE of the Hermanus History Society takes a look at a selection of these stories that give an insight into the tourist society of the time. and led a hermit-like existence. He did not like people trespassing on his property, as he maintained they disturbed the bees.

As we sat there, he came towards us, waving a stick and shouting for us to get off his land. John went to meet him and told him that we had ventured to trespass on his ground as we had a very important personage with us, who was here on a visit incognito and who wanted to see the waterfall. He would remember Queen Victoria, John was sure. Would he care to be presented?

Tay [an old family friend] was with us, a short, plump figure in an old-fashioned dress, with her white hair in a bun. She was somewhat flustered at being suddenly elevated to royal status, but the old man was delighted. He knew nothing about world affairs, never read the newspapers; England was a far-away country, ruled, as far as he was concerned, by a stern old matriarch. Everyone knew of Queen Victoria! Her Majesty, he said, was welcome to picnic on his grounds at any time! 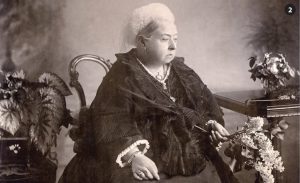 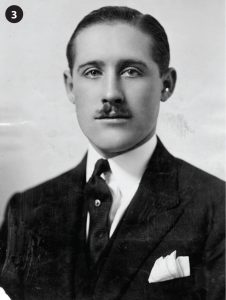 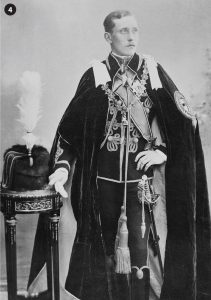 1. The Marine Hotel became very popular in the 1920s and many wealthy and famous guests stayed there for their holidays.

2. Queen Victoria in her later years. At the time the Luyts’ friend was mistaken for the Queen, she had been dead for almost 30 years!

3. Viscount Uffi ngton, who became known as ‘Uff y’ when he fl ed to Hermanus with his South African-born mistress, Lady Vera Cathcart, in order to escape the wrath of his father.

4. Prince Arthur of Connaught, a grandson of Queen Victoria who was serving as Governor-General of the Union of South Africa when he visited Hermanus in 1924.