A history of the tourism economy of Hermanus

A history of the tourism economy of Hermanus

In 1896, two events occurred in Hermanus that began the long life of the town as a tourist destination – as it still is today.

The first event was the building of a Sanatorium in Marine Drive. Dr Hoffmann and his wife launched this initiative to provide care for patients suffering from respiratory diseases or seeking rest and recuperation in a healthy environment, such as Hermanus was known to be. In today’s terminology, they would be categorised as ‘wellness tourists’, and they make up a large part of all tourism.

The second event was a far-sighted observation by Walter MacFarlane, a first-generation descendant of a settler family. He saw a steady increase in people passing through Hermanus to do business in Stanford, Gansbaai and beyond. These trips involved at least one overnight stay, prompting McFarlane to make rooms in his own house available for rent. The positive response persuaded him to build the first hotel in Hermanus, the Victoria Hotel.

Hotels boost a local economy in several ways. The hotel owner (or developer) invests capital in the town and creates jobs during the construction period. Permanent jobs of a low-skill nature are created by employment in the hotel. Tourists pay for their accommodation and spend more money in shops in the town. Tourists usually are better off than the locals, which encourages local shops to stock more expensive items, which then become available to local shoppers as well. Most tourists do not endanger the natural environment and are ‘smoke-free’ users of the areas, as distinct from mining or manufacturing development.

But, there are certain potential negatives to tourism-led development. Success depends on ideas about fashion preferences, and hotels can rapidly lose markets if some other destination becomes more fashionable. Local unrest or political trouble of any kind deters tourists, as do negative attitudes to tourists shown by the local population. In the 20th century, Hermanus was not affected by such events but has suffered from political protest in the 21st century.

Historically, Hermanus has had several unplanned boosts to its hotel economy just as difficulties were being experienced in the hotel business as a result of the Depression. World War II saw many thousands of Allied troops flooding the town on leave, with occupancy of hotels regularly exceeding 100%. The Marine permanently made available five ‘beds’ under the billiard table for latecomers. And, in the 1990s, as angling declined, the southern right whales returned and Hermanus became the top land-based whale watching town in the world, with distinct benefits to the hotel industry.

Hermanus has also had an advantage arising from the hundreds of ‘holiday homes’ built in the town. This is combined with what is called the ‘visiting friends and relatives’ (VFR) form of tourism when owners of holiday homes have members of the extended family on visits. The first holiday home was built by Hendrik Cloete near the mouth of the Kleinivier, in 1794.

Since then, the number of holiday homes has continued to increase. Early holiday homes were built near the village of Hermanuspietersfontein, and took off in Voëlklip in the 1920s. During that decade, a building construction family named Moore built dozens of cottages in the fishermen’s style for families that visited once or twice a year.

Large-scale development of holiday homes has several impacts on the local economy. Capital is invested in the building; jobs are created for low-skilled construction workers; local materials are bought; the owners pay ‘rates and taxes’ to the local authority; during holidays at the family home, tourists spend in local retail outlets. Recent research has shown that holiday homeowners spend up to R7 000 during two weeks they are in residence, compared to R1000 spent during the same time by conventional tourists.

The interests of tourists have changed over time, but Hermanus has been able to find ways to meet new demands. My analysis of tourism activities reveals six types of tourism over the 165 years of Hermanus history:

In conclusion, the tourist economy sustained the town for at least six decades during the 20th century and is still the primary source of revenue now.

Tourists have boosted the town’s wealth, but have created a skewed economy, heavily weighted towards a service economy rather than a productive one. 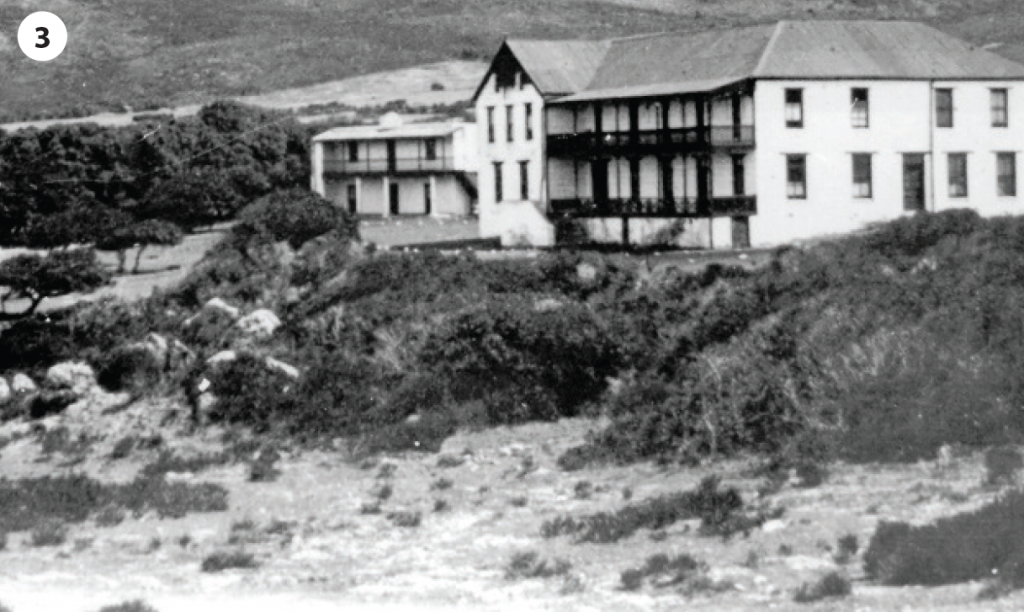