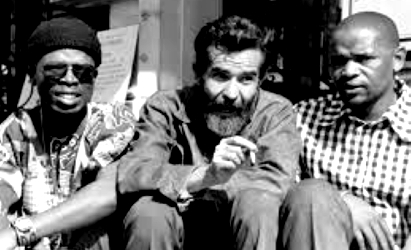 ACTING WITH BEST INTENTIONS:
THEATRE AND THE PURSUIT OF NON-RACIALISM IN APARTHEID CITIES

Even in the darkest times of apartheid, some individuals and groups continued with non-racial agendas and kept up relationships within and between similar groups. Doing so was interpreted by the regime as ‘political acts’ and surveillance, intimidation and worse followed.

Professor Bickford Smith’s talk draws on research for a current book that aims to probe beneath the well-known history of racial separation, oppression and resistance in South African cities during the apartheid era.

The aim is to identify and to explore inter-racial encounters of a more positive kind. These were encounters that sparked mutual recognition of common humanity rather than prevailing notions of racial difference and hierarchy. Particular focus is on those encounters that led to participants rejecting ideas of racial separation, perhaps to lasting friendships and to more intimate relationships.

These groups launched collaborative projects in political, religious and cultural spheres which were consciously intended to promote a sense of shared humanity. In this talk, the spotlight is on encounters and collaborations in the field of theatre during the apartheid era and the motivations, experiences and consequences of some of those involved.

Our speaker is Vivian Bickford-Smith, Emeritus Professor in the Department of History at the University of Cape Town. Before that, he lectured at UCT for many years and held a professorial post there from 2000-2015. He has authored 75 articles, chapters in books and books, most recently Illuminating Lives: Biographies of Fascinating People from South African History (2018)