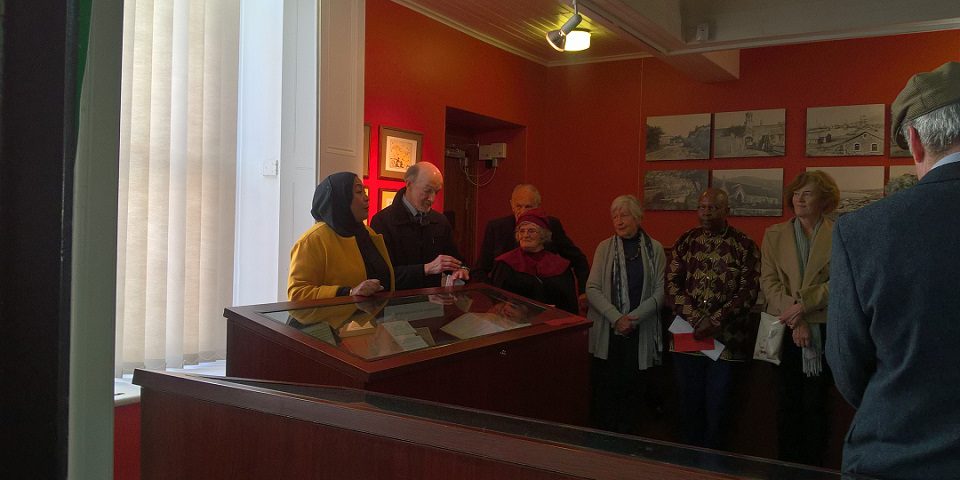 The Society will turn 100 in August 2018 and since its inception in 1918, has published one volume of meticulously edited original South African historical documents a year. The Society was established at that time because its founders sought to provide a sense of the historical roots of the first new South Africa created in 1910.

The first function was the opening of a centenary exhibition at the National Library of South Africa alongside Government Avenue in Cape Town, to see a richly-varied exhibition of the first 100 years and learn what is planned for the second 100 years.

This second function was held in Centre of the Book to celebrate the centenary with a convivial cocktail party, punctuated by a number of novel presentations.

*For more information on the Society and what it has published, see