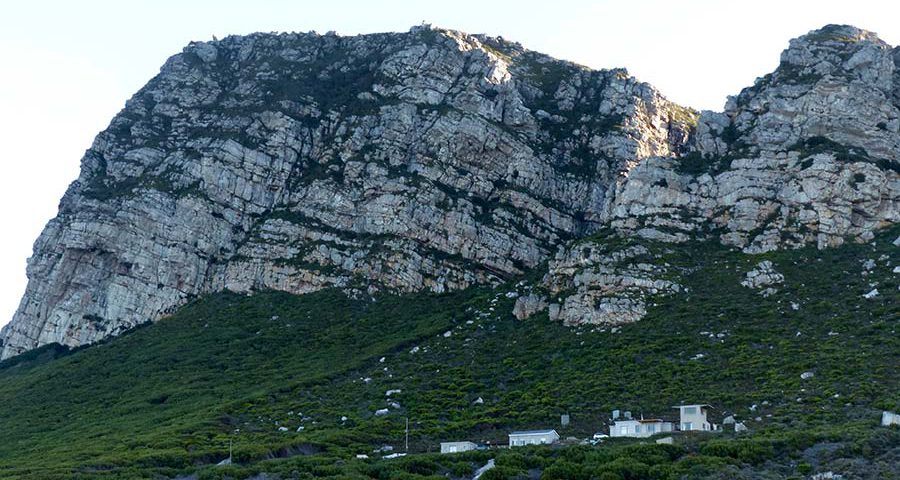 After the successful trials in Johannesburg, three members of the top secret Special Signal Services (SSS) went about building a network of radar stations along the coast. Setting up the first station in Cape Town was not without its problems, though.

Signal Hill in Cape Town. In an article published in 1998 entitled “The Special Signal Services (SSS): We Scanned the Seas and Skies in the Second World War”, former SSS staff members Geoffrey Mangin and Sheilah Lloyd describe the events. Not surprisingly, the problems they  encountered in Cape Town after that   slow five-day journey were daunting.   Maj Bozzoli found that the Army   knew nothing about them and that   no accommodation, rations or, more importantly, helpers had been arranged. Eventually, four men were seconded to help, but they were all unfit for active service. One man had a broken arm, another  a chronic chest disorder, the third an   awful skin disease and the fourth was   suffering from pneumonia! Since   these men could not be expected to   provide assistance with the heavy   digging and other necessary hard labour required, the major, lieutenant   and staff sergeant set to work in   atrocious weather conditions. Finally, the station was installed and operational. Good results were obtained immediately, when shipping was detected at about 30 km, but a violent storm demolished the aerials and a further four days were spent in repairing the damage. Thereafter, things settled down and all went well. Within a year, 12 radar stations with South African equipment were operational in the vicinities of Cape Town, Port Elizabeth, East London and Durban.

Secrecy was regarded as paramount,especially in a country where elements of the population openly sided with the Germans, so the installations were known as UDES (Union Defence Experimental Stations). Each station required 10 operators and four technicians to maintain a 24hour continuous surveillance. There were various administrative and service personnel at each station and, because of relative isolation, each station constituted a small community of its own. After basic training, the recruits were allocated either to a regional command centre, known as a “Freddie”, in the cities of Cape Town, Port Elizabeth and Durban or to one of the operating stations. Because as many men as possible were being drafted for active service, and those not fit for service certainly could not work effectively on a radar station, in 1941 it was agreed to recruit women with a university education as radar operators. This decision gave a particular direction to the histories of the various radar stations. In due course, there were 13 radar stations in the Western Cape alone, tracking more than 500 targets at any one time. The stations were at: Noordbaanhoek (Saldanha), Yserfontein, Somersveld (Darling), Melkbosch, Blaauwberg, “Windy Ridge” (Robben Island), Signal Hill, Fort Collins (Hout Bay), Slangkop (Kommetjie), Rooikrans (Cape Point), Hangklip, Silversands (Sandown Bay, now Kleinmond) and Betty’s Bay.

In addition, in Cape Town, there was the “filter room” to which all information about movements of targets was sent and integrated into an overall picture of movements of shipping around the Cape. Each station consisted of the radar room in which the operators worked, the radar installation itself and a technical workshop. Accommodation was strictly separate for men (usually technicians) and women (operators), but with communal dining and leisure facilities. At Silversands, near Kleinmond, the split-pole fence separating the men’s and women’s accommodation was jokingly known as the “chastity fence”. The operators worked in pairs, taking five-hour shifts. One operator tracked and marked the plots on a map of the area and the other read movement off the screen of the radar and telephoned information to “Freddie”. Security measures, which depended on the location of the radar station, were not always a major concern. At Silversands the station was fenced, with a single gate, which was “guarded day and night by members of the Native Military Corps, armed with assegais. No-one without the proper pass and password could get near the tech hut, but it is difficult to imagine how the assegais would have repelled a U-boat-raiding party looking for the station’s secrets.”

The radar stations at Hangklip and Silversands were established in late 1942 and mid-1943 respectively, while Betty’s Bay was opened late in 1943. Hangklip’s technical hut was built as high up the mountain face as possible, to ensure a wide coverage. The main radar there dealt with sea traffic within a short distance of the coast. The station at Silversands focused on long range sea and air cover, while Betty’s Bay was designed to track aircraft, detecting them as far away as 200km. All three stations were regarded as remote from an urban settlement. Sheilah Lloyd, a member of the top secret Strategic Signals Services (SSS) during the War, has left a description of the difficulties of reaching the Hangklip station: To reach it, [I] had to travel by train  from Cape Town to Somerset West   and climb into the back of the   “ration van” (which collected supplies   every few days and was the station’s   link with civilization) and set off   along the coast road. At Steenbras   Bridge, which was securely guarded,   military passes were checked and   from there on, the van drove on an   untarred road for some 40 km   through unspoiled wilderness.

On one   side was the mountain and flowering   fynbos, on the other the sea. A strong,   clean wind blew the scents of sea and   mountain around those at the station,   without another human habitation in   sight. Clarence Drive, which is now the tourist friendly, scenic route from Gordon’s Bay to Betty’s Bay was under construction at this time. It was being built by Italian prisoners of war. The radar at Hangklip was operated by men, with women working at the site at Silversands and later, Betty’s Bay. Women went on shifts of five hours each in pairs. One operator watched the screen and telephoned tracking information to the Freddie in Cape Town. The other maintained contact with the “tracks” within the area covered by her radar. Though the work was later described by a male officer as “tiring” and ‘boring’ the volume of information handled was large. Sheilah Lloyd quotes an official document that records that the South West Cape division handled the tracking of nearly 1100 potential targets in a week, involving the plotting of movements recorded by 10 477 “arrows”, each of which had to be moved as the position of the track changed.