Presentation on Research in hand about the new Harbour, Hermanus

Presentation on Research in hand about the new Harbour, Hermanus 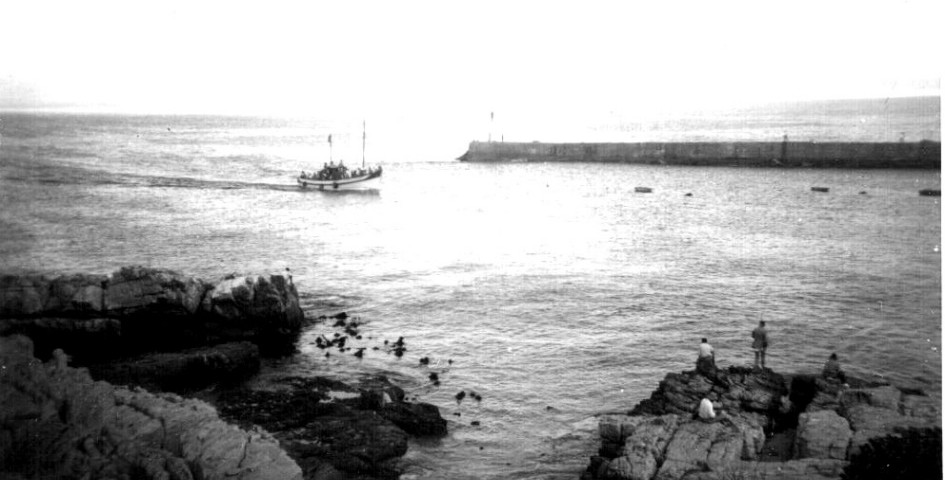 The New Harbour is a relatively under-researched aspect of Hermanus history. There are only three substantial references to it in the entire stock of published material about Hermanus, and only one of these has any detail. This is to be found in Jose Burman’s book “Hermanus: A Guide to the Riviera of the South” (1989). If you visit the New Harbour now you can reasonably wonder what on earth there would be to research about its history anyway.

However, plans are in hand to revamp all the ‘small harbours’ along the Western Cape coast and even a brief look at how small harbours have been given a new lease of life internationally, makes you realise that a well-documented history has been vital to the success of each.

Robin Lee is heading up the research project, with assistance (so far) of Elizabeth and Blaise Jones and Michael Clark. In this presentation Robin will try to give a picture of the method followed so far and the interesting findings. There are quite a few images from the 1950s and 1960s that have come to hand and a film shot in 1956 in colour will be shown.

Just to orient you: the New Harbour was first designed in 1932, construction was delayed by the Great Depression and World War II, until 1951. Even so, the Harbour was never completed to plan and lacks a vital second breakwater. The opening coincided with the slow decline of commercial fishing from the Harbour and the rise of the abalone industry.

Many colourful characters are to be found among the abalone divers in the period 1950-1970, after which the activity declined due to over-fishing and poaching.

Uses of the Harbour switched to a base for deep-sea fishing and local angling. Disputes about ownership and management abound. There is also information about the growth and decline of fish- and abalone-processing factories around the Harbour, until the arrival late in the 20th century of abalone farming. Lots of detail about all this and pictures and a movie!