A Swallow Makes a Garden

A Swallow Makes a Garden 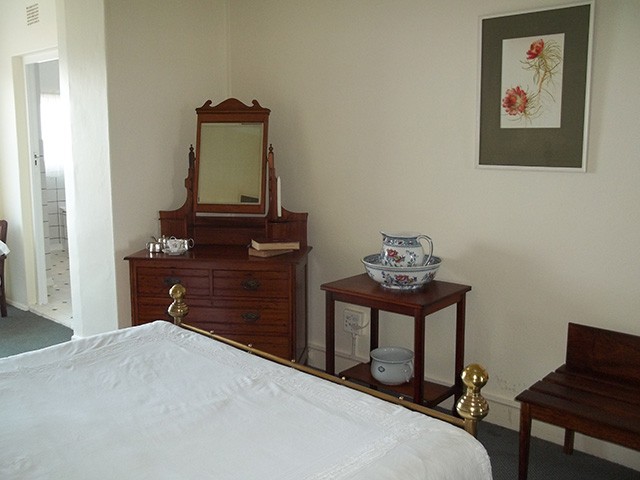 Magdalena Neethling was born on the family farm, Neethlinghof, in the Riviersonderend district, in 1877, one of eleven children.  She was small of stature and, from early childhood, moved more lightly and rapidly than other members of her family. Her habit of darting quickly from place to place and task to task earned her the nickname “Swallow”. Throughout her life she preferred this name and, indeed, often refused to answer to Magdalena.

She gained enough education for herself to allow her to enter the education system as a teacher, receiving her training at the seminary in Wellington. Her early teaching experience included a stint at a farm school near Caledon. However, she must have had greater ambitions and by the late 1890s (when she was not yet 20 years old) we find her in Hermanus. The records show that she was living at the sanatorium (opened in 1896) and teaching at the Dutch Reformed School, which had been established in 1878.

Formal provision of education in the village had started a decade earlier when St. Peter’s Anglican Church established a school. Teachers whose names are in the records of this school include a Mr Soph and Mr Daan van Blommestein. By the time Swallow arrived the Anglican school had been decisively taken in hand by a very strong personality, William Hugh (Willie) Paterson, son of one of the earliest settlers in Hermanus, John Paterson. So important was Willie’s impact on education in the village that he was universally known as “Meester Paterson”. He was a strict disciplinarian and his punishment for serious bad behaviour was to place the offender in a sack and suspend this from the branches of a tree adjacent to the school.

In 1897 the DRC School and St Peter’s amalgamated and Swallow Neethling became a staff member of the new institution. Classes were held in the DRC Hall while negotiations were opened with the colonial government to provide a formal school building. Bureaucracy and the upheavals of the Anglo-Boer War (1899-1902) delayed the project and the school building was only completed in 1911 and officially opened in 1912. It was soundly constructed of local stone and still stands and is in use, adjacent to the modern buildings of the Hermanus Laerskool in Dirkie Uys Street. The building was popularly known as the ‘klip skool’, partly because it was constructed of stone and partly because it was sited at the foot of the ‘Klipkop’, as Hoy’s Koppie was known at the time.

Magdalena Neethling (1877-1953), one of 11 children Named “Swallow” because of the way in which she seemingly darted from one place to another.

Trained as teacher in Wellington.
Started a teaching career at farm school near Caledon.
Arrived at Hermanus Primary in early 1890’s.
Finally taught at Hermanus High School with Standard 6 pupils.

Swallow created the garden after retiring from teaching in 1930. She lived
in the Windsor Hotel.
Work on the beautification of the Swallow garden in Hermanus is nearing
completion.

Swallow’s high reputation as a Standard 6 teacher was earned in the 18 years she taught at this school. She gained an excellent reputation as a disciplinarian, but was also a sympathetic listener to her pupils’ problems. She was similarly known for the excellent preparation of her lessons and for her positive attitude to teaching and learning. She participated in many extra-curricular activities. She was a talented pianist and enjoyed playing the harmonium at public dances. She won numerous prizes for knitting, assisted at every annual flower show, served on the Hermanus War Committee during World War I and was a justice of the peace for several years. However, she suffered increasingly from osteo-arthritis, gradually losing freedom of movement in her hands. For this reason she retired from teaching in 1930.

However, the reason she features prominently among the personages of Hermanus in her time does not relate to education at all. Her lasting fame all began with her daily walk from the sanatorium in Marine Drive to the various schools at which she worked. On these walks she noted a triangular piece of waste land, now bounded by Marine Drive, Park Lane and Swallow Lane and she developed the idea of a garden there for all the inhabitants of Hermanus. The land belonged to the Municipality, which in due course gave her permission to develop a garden there. Swallow gradually came to devote all her spare time to this dream, often working alone, but often assisted by Frikkie van Eeden. She laid out flower beds and public paths, planted trees, created rockeries and two fountains) and (with Frikkie’ s assistance) erected a jarrah wood picket fence around the entire area. Friends from Cape Town donated benches. Swallow Park, as the garden became known, was seen as a local treasure and a grateful user anonymously donated a carved wooden swallow that was erected on an arch at the entrance to the garden. However, too soon, Swallow’s arthritis brought an end to her physical work in the garden, much as it had ended her teaching career.

Swallow Neethling lived for 23 years after her illness forced her retirement as a teacher in 1930. Her affliction grew steadily worse, despite time in hospital in the Strand. Mostly she stayed with her sisters in Napier and Bredasdorp. Local historian S J du Toit notes that Swallow continued to correspond with many family and friends, despite eventually having to hold a pen in two fingers only, and comments: “Reading her letters …is a revelation. She was bright and encouraging and her goodwill and warm personality still radiate from the lines.”

In her history “Hermanus, Village of the Sea”, Arderne Tredgold records a comment by Mrs Miriam Nel, one of Meester Paterson’s daughters:

(Swallow) was a great stickler for her duty. One winter there must have been a cloudburst, for the stream that runs out by Swallow Park was so swollen that you could not cross it without getting wet. Many children who would have had to cross it to reach the school were kept at home, but Miss Swallow Neethling did not stay at home. Pouring rain and swollen streams could not keep her from her duty.”

Magdalena (Swallow) Neethling died on 7 August 1953 and is buried on the family farm, Neethlinghof. Sad to say, no one felt obliged to take care of her garden and many items were removed. The carved swallow disappeared. By the late 20th century the area had reverted to grass and had become the haunt of several homeless people. As a result, members of the public came to avoid it and it deteriorated further.  However, its historical value and the contribution it can make to tourist interest in Hermanus has now been recognised and funds have been voted for a complete renovation in 2013 – 60 years after the death of one of the most  friendly and likeable of all inhabitants of our town.