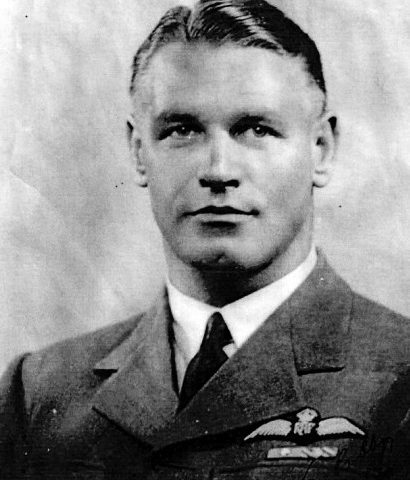 We are pleased to welcome another guest speaker this month. He is Professor Bill Nasson from the University of Stellenbosch, who is an expert in South African history and author of many books and articles. He will be speaking on

‘Sailor’ Malan was born in 1910 into a well-known Afrikaner family in Wellington. After school he joined the South African Navy and trained and served there until 1935, acquiring his nickname. He then joined the Royal Air Force which was just beginning to expand and showed from the start that he was an exceptional fighter pilot. By 1939 he was a squadron leader of a Spitfire squadron and was involved in a controversial case of ‘friendly fire’ in which his squadron was alleged to have shot down some other RAF fighters. He was defended in the disciplinary hearing by Roger Bushell who had links with Hermanus and would go on to organise the “Great Escape”. Malan was cleared of any wrongdoing.

Malan was one of the most successful war pilots of all time, destroying over 68 enemy aircraft without being shot down once. He ended the war with a DFC and Bar and a DSO and Bar.

Returning to South Africa in 1946 Malan became very concerned at the rise of a narrow Afrikaner nationalism and the first indications of apartheid thinking. He became head of a resistance movement known as the Torch Commando. At its height the organisation had over 250 000 members and attendance at meetings was often over 50 000 [see image below]. However, the victory of the Nationalist Party in 1948 meant a setback from which the organisation did not recover. In the 1950s Malan retired to a sheep farm he had acquired and lived there until his death in 1963. His career illustrates the dilemmas of an Afrikaner supporter of Britain in a time of hardening nationalism.

Bill Nasson is the Professor of History at the University of Stellenbosch, a position he has held since 2009. He was educated at schools in Cape Town and the United Kingdom and studied further at the Universities of Hull, York and Cambridge. He taught in the History Department at UCT from 1984-2008. He holds an A rating as a researcher from the National Research Foundation. He is no stay- in- the- office -researcher and has participated in many television series and outreach programmes. He has had a very busy life and his profile on the US website extends to 17 pages.