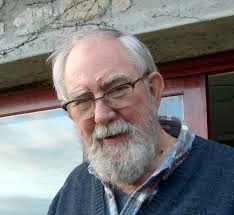 TOPIC: THE HISTORY OF THE VOLMOED COMMUNITY FOR RECONCILIATION AND HEALING SINCE 1986

The name “Volmoed” means ‘courage and hope’ and the Centre has provided precisely these feelings to hundreds of visitors as well as its permanent community since it was established in 1986 by Bernhard Turkstra. Professor de Gruchy will explain the motivations behind its establishment and the nature of the work that is undertaken in the beautiful setting of the Hemel-en-Aarde Valley.

John de Gruchy is an ordained minister of the United Congregational Church. From 1968 to 1973 he worked in the South Africa of Churches and in 1973 joined the University of Cape Town. He lectured and carried out research there until his retirement in 2003. He has been awarded four honorary doctorates during his career, and is an internationally recognised scholar in his fields. He and his wife Isobel now live at Volmoed, where he continues to teach, research and provide support to those who ask.