Diary of a Decisive Decade

Diary of a Decisive Decade 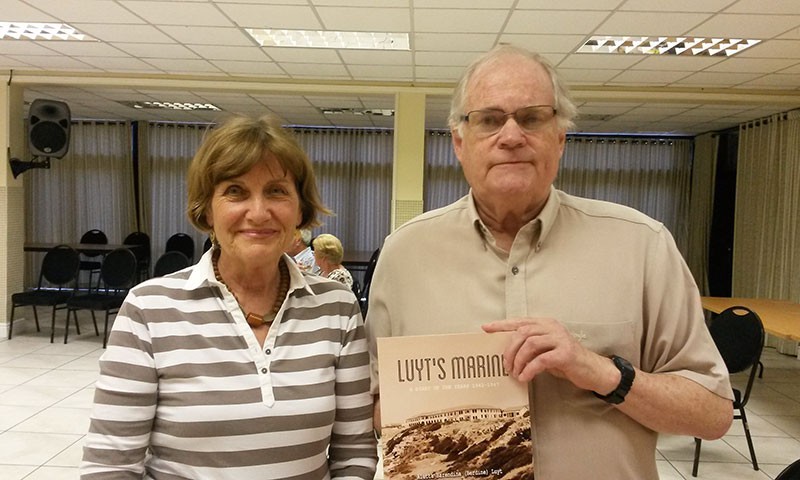 The 1940s was a decisive decade for Hermanus in the field of local government. Until 1940, the Hermanus Municipality had jurisdiction only over the area from Swartdam Road to Lord Robert’s Road. In 1940/1 this area more than doubled as the previously independent villages of Eastcliff and Mossel River were amalgamated with the municipality of Hermanus. The amalgamation was spearheaded by P John Luyt and took place during the Mayoral term of Miss Bebas Smuts, sister of the then Prime Minister, Jan Christiaan Smuts. It was the beginning of, first, the Greater Hermanus Municipality and eventually of the Overstrand Municipality of today.

World War II and its consequences dominated the period 1940 to 1947. Men from Hermanus served on several battle fronts in World War II and twenty one died. While this may seem quite a small number, the number of Hermanus citizens volunteering for service was amongst the highest in the Allied forces, relative to numbers of inhabitants of the town- some say the highest in the (British) Empire.

Military engagements came close. RAF flying boats took off from the Bot River Estuary to engage U-boats just off the coast. They were guided by radar information from three radar stations built on Cape Hangklip and in Betty’s Bay. Personnel from the Catalina base played a large role in repairing the bridge over the Onrus River when it was washed away in a storm in 1944. Access to Hermanus from Cape Town was greatly improved by the construction of a road from Gordon’s Bay to Rooi Els. This is now known as Clarence Drive, named after Jack Clarence, one of the developers of Betty’s Bay. The road was the work of Italian prisoners-of-war, of whom there were over 60 000 in South Africa.

The scientific research establishment we now know as Sansa also came to Hermanus in 1941 when a magnetic observatory moved from the University of Cape Town to its present site in Hermanus, where it operated as the Hermanus Magnetic Observatory. The first Director, Dr. Alexander Ogg lived at the Marine Hotel.
Three prominent hotels were destroyed by fire during the decade: the Bay View Hotel, the Cliff Lodge Hotel and the Riviera Hotel. This resulted in extraordinary vigilance at the Marine Hotel and three potentially dangerous blazes were detected and extinguished.

Hermanus became the most popular destination for troops granted shore leave in Cape Town. Thousands flocked here, staying in hotels and guesthouses and with individual families. Most returned to duty, but large numbers were severely wounded in action or psychologically damaged and the Hermanus people took care of them too. Gertrude and Alexander (Sandy) Grant were foremost in this effort. Sandy had come from Caledon to open the first pharmacy in Hermanus, which is still operating as Alex. Grant Pharmacy in the Gateway Centre.

Soon after the War, work on the New Harbour began. The need for a larger harbour had been established in the early 1930s but financial constraints during the Great Depression prohibited any expenditure. When War broke out the project was postponed again, as far more urgent issues were at stake. But, in 1948 construction began and the Harbour was opened in 1951.