Lemonsky takes a trip down memory lane to Lemm’s Corner

Lemonsky takes a trip down memory lane to Lemm’s Corner 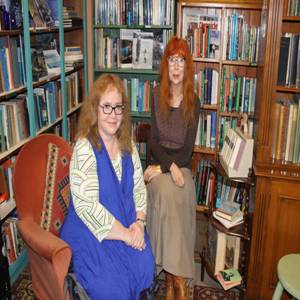 So how did it come about that Ruth Lemonsky decided to come and visit Hermanus, after a gap of 15 years, and walk down memory lane on the spot where her childhood home used to be on Lemm’s Corner?

Beth Hunt’s book on Hermanus was the catalyst.

Via the online shop, kalahari.net, Ruth bought Beth Hunt’s book. She was so moved by it and the inserts on Lemm’s that she hunted Beth down via Facebook.

“I was busy writing an article on Lemm’s for the Izibusiso cookery book when I received Ruth’s first message via Facebook. It was such a strange coincidence!”

Ruth and Beth met on Saturday morning at Hemingways.

They met up on Saturday morning at Hemingways. For more information on the history of Lemm’s Store and the Lemonsky family, get a copy of the late SJ du Toit’s Hermanus Stories III. Bernard Lemonsky (Ruth’s father) died in 2006, six years after his wife, Elisabeth.