In this comprehensive new series on the history of Hermanus, DR ROBIN LEE turns his attention to the proliferation of non-government organisations over the past 100 years. Focusing on the issue of conservation of fynbos and other indigenous vegetation, he takes a look at the rather complicated history of early efforts to preserve our floral kingdom. This will be followed next week by an article on the Hermanus Botanical Society as an example of the benefits to the community of healthy private voluntary organisations.

T hrough my research, I have documented well over a hundred NGOs in Hermanus, which are active in many areas: welfare, social development, education and training, environmental conservation, sports clubs, community support, early childhood education, marine studies and others. In fact, Hermanus probably has more voluntary organisations at work than most towns of comparable size in South Africa. But they did not always come easily into existence.

NGOs do not feature in the earliest years of the town. From 1855 to about 1895, the Hermanus community was of a single class, relatively poor and hard-working, with little time and resources to spend on much beyond their own survival. Doubtless, help from one neighbour to another neighbour played a part.

Still, as far as I can tell, there were no formal charitable organisations until the entrance of the ‘fish merchants’ started the growth of capitalism in the town. The establishment of the Victoria Hotel (1895), the Sanatorium (1896), the Royal Hotel (1902), and The Marine Hotel (1904) created a more affluent propertied class (families named MacFarlane, Allengensky, Luyt, and Hoffman) with resources to devote to charitable activity. The hotels attracted guests who were even better off than the hotel owners, and Motivated by the need to protect the wildflowers in Hermanus, Fernkloof Nature Reserve was established in 1958. PHOTO: Supplied PHOTO: Kate Black they made generous donations.

However, the first organisations to deserve the name NGO resulted from partially commercial motives. P John Luyt, owner of The Marine and Riviera Hotels started several sporting clubs, with stable membership from permanent residents, but also a system of ‘honorary’ memberships for guests, while they were staying at one of the hotels. He believed that associations like this increased the likelihood of hotel guests returning ‘next year’. In this way, an angling club, a bowling club, and the Golf Club came into existence. In the terminology of NGOs, these are voluntary associations, managed by the members for the benefit of the members.

From there, it was a short step to establishing voluntary organisations for the benefit of the local community, and a number of these were created before 1920. Understandably, these organisations targeted the ‘coloured’ and ‘native’ populations and the social and financial problems they were experiencing. A semi-formal organisation known as The Non-White Adult and Child Welfare Society came into existence and raised funds for the Moffatt Hall in Mount Pleasant. It also opposed aspects of the implementation of the Group Areas Acts in Hermanus.

Greater Hermanus is located entirely within the fynbos biome of the Overberg and people choosing to live here inherit the complex issue of striking a balance between the conservation of fynbos, on the one hand, and the demands for land for human purposes, on the other.

Looking for this balance was not given much attention in 1855 when the first European families settled in Hermanuspietersfontein. They were fisherfolk, oriented solely to the ocean for their living. Yet, about 60 years before, someone had passed this way and recorded a response to the fynbos: Quantities of the most brilliant everlasting flowers, pink with black hearts, grew amongst the heath. (We) loaded ourselves with them, we were so intoxicated with their beauty, glistening as they did in the sun like the brightest foils…

Lady Anne Barnard wrote these words in 1798, illustrating how fynbos first attracted attention for its spectacular ‘wildflowers’, which were easily gathered and contained long-lasting varieties, as well as fleeting blooms. It was perfect for floral ‘arrangements’ in houses. Indeed, this view of fynbos as mainly ‘decorative’ was dominant in Hermanus as late as the mid-20th century.

Many of the early references to ‘wildflowers’ in the recorded history of Hermanus come from reports of memories that William Hugh (Meester) Paterson shared with different audiences at different times. For instance, on 23 January 1954, the Hermanus News reported that Paterson had spoken at a recent flower show. He reminded listeners that “the first show of wildflowers in Hermanus had been held 50 years before”, that is to say, as early as 1904.

Arderne Tredgold reports that certainly before 1910, three brothers named Walsh began picking everlastings in bulk and exporting them to Europe. They were used as stuffing for mattresses and pillows, but the enterprise came to an end with the onset of World War I.

In 1955, Meester Paterson told the Hermanus News in an interview that wildflower exhibitions had been held annually in Cape Town. In the same interview, Paterson is quoted as saying: In 1923 (I) went overseas, taking three large consignments of Hermanus wildflowers with (me). Some of these flowers were placed at the Cenotaph at Southampton, in memory of Lieut. Evered Poole of Hermanus, who was killed in World War I. Other flowers were placed at the Cenotaph in London and a further bunch on the statue of Queen Victoria at Buckingham Palace. Queen Mary was also graciously pleased to receive a quantity of Hermanus wildflowers.

These initiatives led to the formation of a ‘horticultural society’ in 1924. However, it only achieved one of its many aims, which was the staging of the annual Flower Show in October. An extract from the first annual report of the Society reads: From every point of view the Exhibition was an unqualified success. Every hotel was filled, and the takings at the door were treble those of preceding years.

Unfortunately, the enthusiasm was not sustained and the Society was described as ‘dormant’ by the time World War II started. However, after the War, the Hermanus Horticultural Society was re-founded under the name of ‘Hermanus Horticultural and Wild Flower Protection Society’ under the chairmanship of Mr WH Paterson. In a refreshing new direction, the wildflowers were for the first time described as needing ‘protection’, indicating that previous regulation had not prevented large-scale illegal picking and that some areas of fynbos were at risk.

Again, the enthusiasm did not last, and a citizen is quoted as saying: The natural beauty of Hermanus has not progressed with the town. Twenty-five years ago, Hermanus was renowned for its heath, much of which has been destroyed, and this should now be replaced.

At this point, an influential name enters the record: Mr OJ Prillevitz. He was a prominent businessman in the town and had been Mayor twice. He strongly supported creating a ‘wildflower and fynbos garden’ for the town, and was the first to identify the Fernkloof area as a suitable site and to use the name Fernkloof Nature Reserve. The name was unusual, as the area he referred to was officially known as ‘Mossel River West.’ There was no reference to ‘Fernkloof’ in municipal records.

On 8 June 1957, the Hermanus News reported that the May meeting of the Town Council would be devoted to the issue of a nature reserve. A vital letter about it had been received from the Provincial Administration, giving the go-ahead under certain conditions.

Before the meeting, Prillevitz arranged a visit to the proposed area by Prof HB Rycroft, Director of the National Botanical Gardens at Kirstenbosch. A report from Prof Rycroft, which was firmly in favour of a reserve, was tabled at the meeting.

Factors mentioned in the report included the need to protect wildflowers, and the fact that the area was already well-stocked with plants and no “programme of extensive planting” would be needed. There was a permanent water supply, and fires seemed less frequent than in other areas, and it was relatively clear of aliens (“exotics”).

Prillevitz and his supporters were successful. On 10 August 1957, a notice for the establishment of a nature reserve of approximately 224 moregn in Fernkloof was published by the Town Clerk in the Hermanus News. No objections were recorded, and on 1 March 1958, the boundaries of the Reserve were announced. A Committee was appointed to control the Reserve.

Up until this point, arguments for the conservation of the natural fynbos environment had been dominated by the ‘gardening’ perspective. Interventions to ‘improve’ the natural display of wildflowers were encouraged, preferably in locations near the town such as Hoy’s Koppie, where it made a decorative show. But change was soon to come. 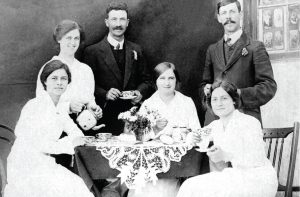 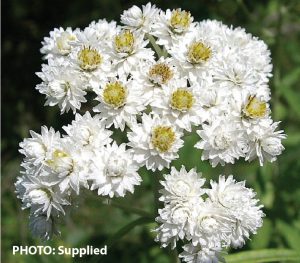 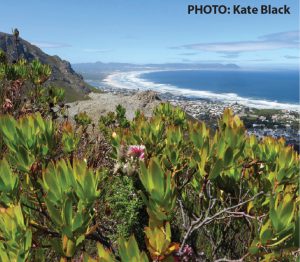